Lessons from the Global Economy in January

After the first month of 2018 what are the lessons we should take away? First, and foremost, confidence about the global outlook has improved significantly. This fits with the message we have been outlining for some time now. For the last few years, labour markets in the major economies have been improving, with solid jobs growth, as the UK, US, Japan and Germany led the way. Last year, this welcome improvement spread to France, where things should improve significantly further, and to other western economies.

In addition, last year, there was a welcome improvement in world trade. Based on the International Monetary Fund’s (IMF) measure, after growing by 2.5 per cent in 2016, global trade rose around 4.7 per cent last year. Rather than showing that globalisation was in retreat, as some had wrongly concluded during 2016, perhaps the lesson was that global demand needed to rise further. If so, it has now, and the signs are that global trade remains solid in 2018.

In Davos last week the mood was upbeat, with the release of the IMF’s latest economic update setting a positive tone. In turn, there now seems to be a more positive sentiment about investment plans among large companies across many economies, and this is also being reflected in economic expectations.

As for the UK, latest economic data points to steady growth. Manufacturing is growing solidly and there is good news across swathes of the service sector. Much of the rest of UK data is also solid. This includes employment growth and wages (which may have already turned the corner and are about to creep up), while inflation has peaked and is set to fall further. 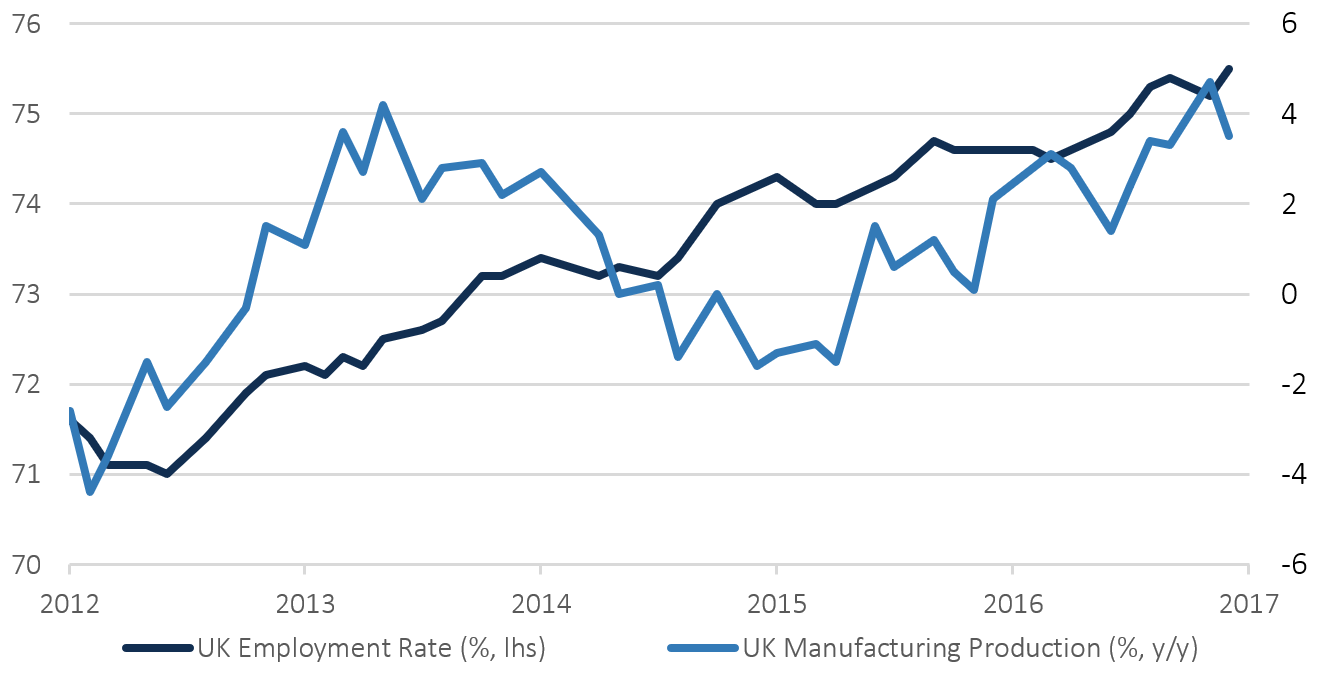 However, the housing market, after reaching astronomical levels in London, is soft. Many might regard this as welcome. Also, latest figures show nationwide mortgage approvals at their lowest since January 2015. Car output, too, has eased, with the uncertainty over diesel cars being cited as a reason. Although in the cases of housing and cars, the cost of finance as interest rates rise, and the ongoing uncertainty linked to Brexit will have played some role.

We need to see clearer evidence of higher wage growth and decelerating inflation to be confident about the positive growth trends, but if they materialise, as we expect, then consumer spending should be underpinned. However, a lack of leadership over the direction of Brexit is not helping business investment plans.

Central banks are hawkish, but conditions are supportive of growth

One consequence of the more upbeat global picture is the hawkish tone from central bankers. This is understandable, but also a potential worry for financial markets. Our view is that policy tightening needs to be gradual and predictable. Given that monetary easing was spread over the best part of eight years, it would be better if central banks did not rush into a combination of quantitative tightening or rate hikes. Indeed, the US Federal Reserve has set a good example in recent years, with gradualism prevailing, and it is our hope that the Bank of England, among others, follows that lead. We think it will. 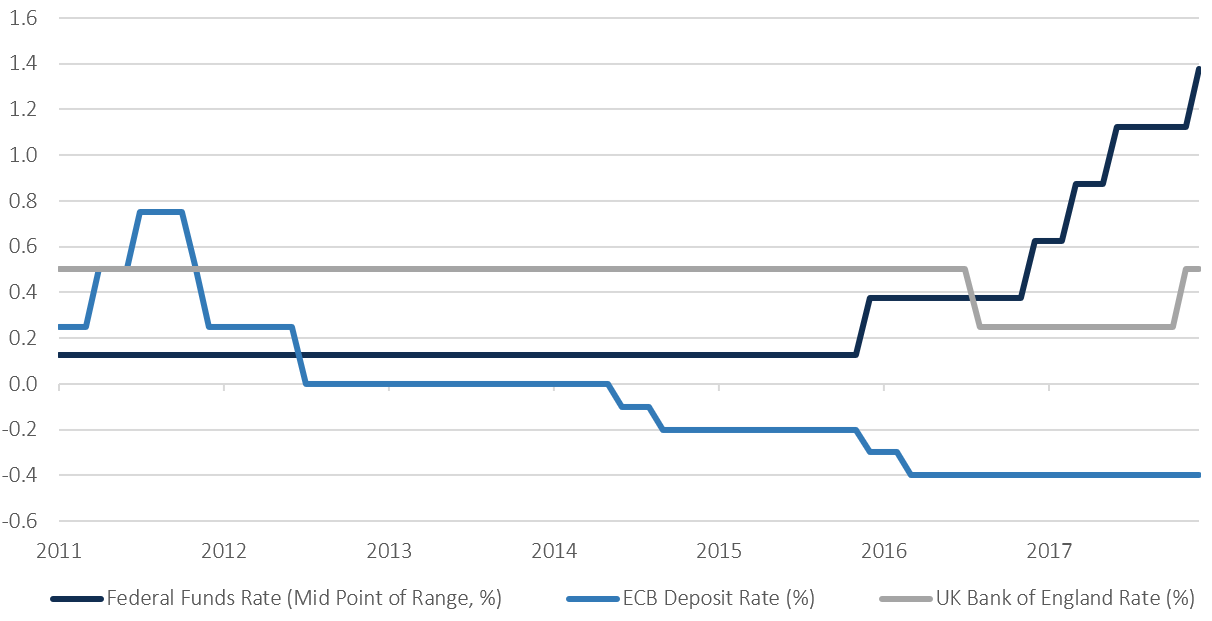 Although there is a more hawkish tone, global monetary conditions are supportive of growth. Yet bond markets have responded to the expectation of policy tightening. A repricing of bonds was necessary, especially at the shorter-end, and while this has been led by the US, it has been seen in other markets, too. A clear message for savers and investors is the more cautious sentiment towards bonds, generally. Expect this to continue. How long it lasts, though, depends both on the behaviour of central banks and on inflation.

Another notable feature at the start of the year is the uncertainty about inflation. Last autumn, after attending the IMF meetings in Washington, I commented that central bankers were quite open in discussing their challenges in understanding the driving forces behind productivity and inflation. The market, too, is uncertain. That being said, the market’s measure of break-even inflation rates have risen.

This mirrors, in some respects the firmness of oil prices, recovery in commodities, tightening labour markets and strengthening global outlook. Output gaps, which measure spare capacity, have all but disappeared, or at least tightened. As always, we need to keep a close eye on inflation as that will determine whether central bank hawkish rhetoric turns into more aggressive action.

On currencies and equities

That leaves two final messages from the start of 2018: on currencies and equities. The dollar is weaker, despite the Fed’s actions. Near-term sentiment will have been fed by The Treasury Secretary’s endorsement of a weaker currency while at Davos. In a disinflationary global economy there is much to be gained from a weaker currency, particularly if a country is running a large trade deficit. This also helps explain why I felt a weaker pound was welcome in recent years.

Despite talk of currency or trade wars, markets are adjusting to their previously too cautious view of euro area and Japanese near-term growth. Yet the dollar’s decline has not been substantial and there is no reason to think it will be continuous, especially if the Fed hikes and if the business-friendly policies of the President boost confidence.

That leads onto equities. The message is that global growth creates a positive environment. Despite this, there is constant talk and hence a genuine fear of markets being due a correction, mostly on grounds of valuation. While noting such concerns, and not dismissing them, there are conflicting pressures that need to be taken into account. For instance the present economic and policy environment may allow markets - despite their recent sell-off - to recover their poise and even rally for some time. Perhaps the main message therefore, as February begins, is that economic optimism has improved, bond markets are repricing, and equities may still reward those who are showing confidence, not caution.