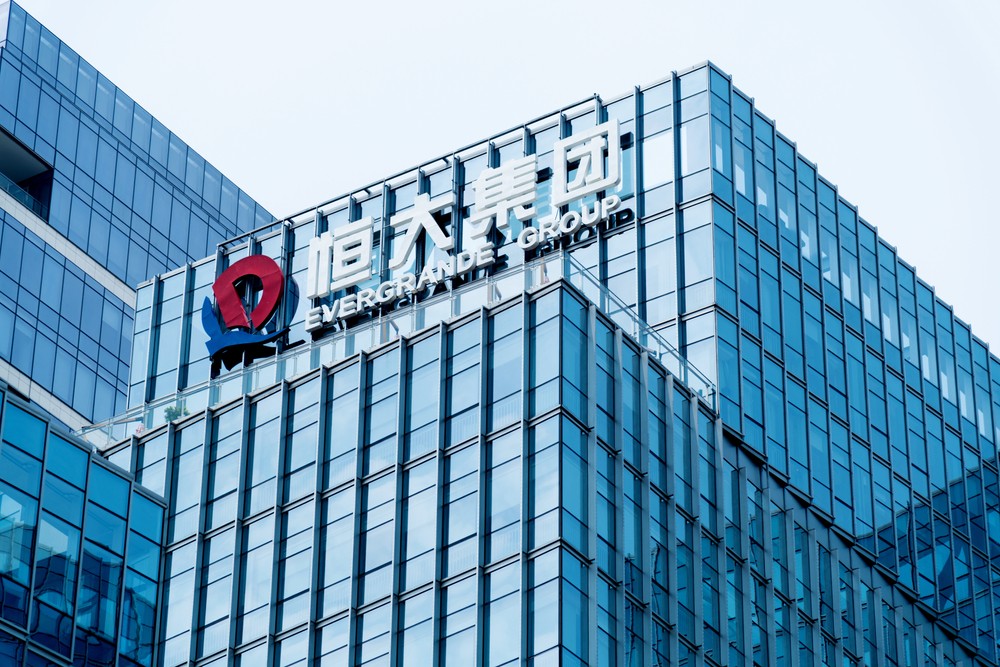 The second biggest property developer in China – a company called Evergrande – is in severe financial difficulties. Given the size of China’s population, the scale of development there and the extent to which property prices have risen in recent decades, a firm occupying such an important position in this sector is naturally huge.

Over the last week concern had grown that Evergrande would miss payments due to its creditors this week. Its share price, which had already fallen this year, plummeted, taking broader Asian markets lower. The general expectation in financial markets across the globe is that it would default at some point and collapse. Whether that happens, or not, remains to be seen. The main issue, and the one we focus on here, are what are the wider implications?

China’s economy is now the second largest in the world, hence its global significance is high. Its capital markets, too, have continued to grow with increased investor inflows. The main concern across financial markets is that developments at Evergrande might trigger a wider financial or economic crisis, with global contagion. It is easy to see repercussions, for instance, in China where real estate debt is commonly re-packaged into investment products for individual savers.

In all likelihood, the direct global impact from events involving Evergrande will be limited, for while the interconnectivity between China’s economy and the rest of the world is high, the financial interconnections are far less. The impact, though, as we are seeing now, on global markets, is more indirect – with markets reacting to what developments at Evergrande tell us about China’s economy and policy and whether they are indicative of further problems to come.

A new phase for China

China has moved into a new stage of economic development. Its economic focus is about moving up the value curve, to improve the quality of its economic growth. We have covered this in detail here in our views, with a focus on China’s new economic model of dual circulation.

One consequence in recent years has been an active attempt by the Chinese authorities to curb excesses within the property sector and to limit the build-up of debt and leverage across the economy. Thus, in that respect, there are similarities between China and other western economies: globally, the amount of debt is at a high level and low interest rates have fed excesses, often in real estate sectors.

In China, the build-up of debt, leverage and excesses within the real estate sector have been a long-lasting problem. Evergrande’s problems are an indication of this, with high outstanding debt, although in addition it has diversified into many other areas.

Clarity is still a challenge for investors – and regulators

Part of the additional challenge in China is that there is a degree of opaqueness about the exact financial position of large firms like Evergrande.

At various stages in recent years, Chinese policymakers have tried to curb real estate speculation. In particular, in August 2020, the People’s Bank of China (PBOC) unveiled new measures to curb, control and improve the monitoring of the debt and leverage within the property sector. This was within the context of curbing systemic financial risks within the economy.

The intention was to improve the financial health of the real estate sector by incentivising firms to deleverage and in turn reduce the build-up of debt within the sector. Furthermore, the plan was to provide future access to finance only to firms that adhered to these new financial safeguards.

In August last year, three criteria were cited: the ratio of liabilities to assets, with a cap of 70%; a net gearing ratio aimed at limiting the amount of net debt to equity and capped at 100%; and to ensure that firms had enough cash to meet their liabilities, with a ratio of cash to short-term debt.

Firms would be rated on each based on a colour code, ranging from green, to orange, yellow and red. A red indicated a failure and as there were three criteria these were known as “the three red lines”. Initially these rules applied to the major developers, with the aim to roll them out across the whole sector.

One challenge facing regulators has been the opaqueness of actual positions across firms, given the ability of companies to access the shadow banking industry – something the authorities have been trying to curb in recent years. Also, even in the immediate wake of the introduction of the three red lines policy last year, firms maintained the ability to move some of their borrowings off their balance sheet.

It was reported some time ago that Evergrande had failed the three red lines test.

Rising debt: an issue in China and globally

Given that the problems impacting this firm are a direct consequence of the tighter regulatory policy this should, in some respects, mitigate the worries of the market.

But those worries will not disappear fully – not just because of the opaqueness within the property sector – but because they reflect a wider issue about the build-up of debt within China’s economy. According to the Bank for International Settlements, total debt in China reached 290% of GDP as at the end of 2020, with corporate debt at around 160% of GDP. So, in China, as in other major economies, a challenge is how to reduce this scale of debt.

Within China there are mitigating factors:

Politics, too, naturally plays a role within China, although that is not the focus of this piece. Suffice to say, through this year, markets have reacted to policy intrusions into a number of sectors aimed at curbing inequality. Curbing excess house price growth and excesses within the property sector is another reflection of this.

Overall, we should monitor the situation with Evergrande closely. Clearly, given the scale of the company, there is a danger of contagion and knock-on effects within China, and more generally across markets, as we are currently witnessing. We should also keep fears in context.

China’s economy should prove resilient to this shock, and there is scope for a policy response aimed at limiting any fallout. As we have said before, the trend for the Chinese economy is up, but we should expect increased volatility along the way.