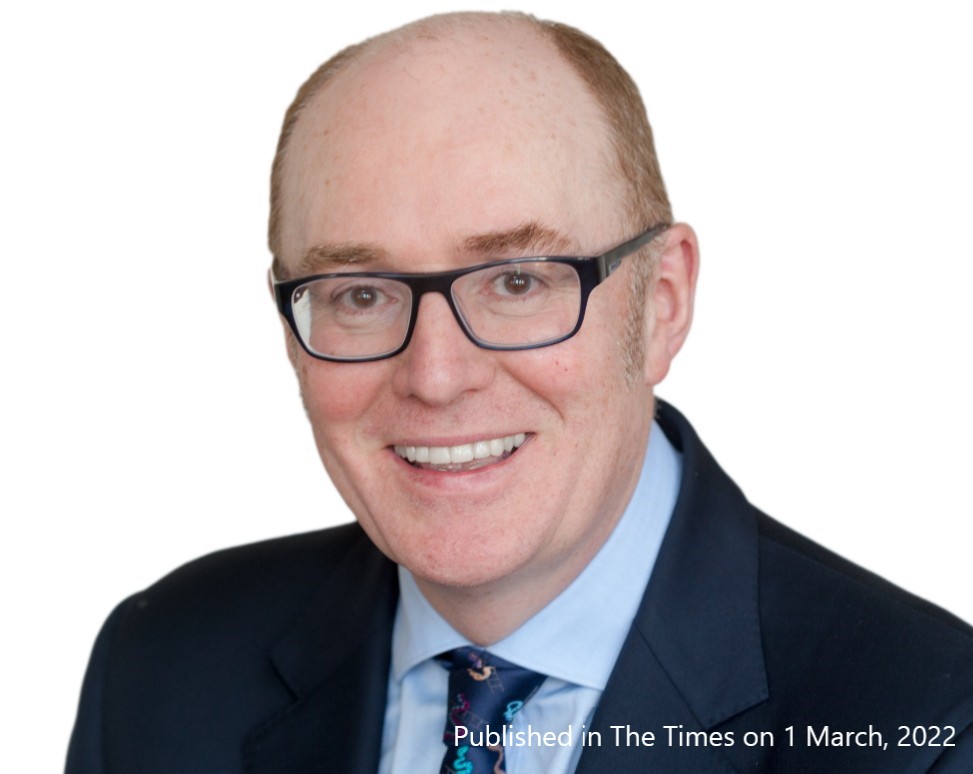 Last Thursday, we were given insights into the Chancellor’s thinking when he delivered the annual Mais lecture. In a powerful speech he told us he was an optimist. He is right to be. But is he doing enough to overcome immediate challenges or to boost future trend growth so the UK economy thrives?

Having rebounded to pre-pandemic levels, the economy’s current momentum may wane as the pace of growth slows and inflation rises. It faces contagion from war, including higher energy and food prices plus financial turbulence.

Then there is the imminent cost of living squeeze, as higher inflation outstrips wage growth, energy bills rise and taxes increase. The latest GfK measure of consumer confidence shows a sharp fall, with people worried about their finances over the next year.

The purpose of the Chancellor’s speech was not the immediate outlook. Perhaps, though, one message to decipher was that there are no easy, quick wins. Instead, with the economy emerging from the pandemic he laid out his thinking for the future.

The message was that the government is there to set the incentives and it is up to the private sector to deliver.

The government has an important role to play, but it would be wrong to conclude following the pandemic that a bigger role for the state is the answer. Yet the last two years have seen timely, temporary and targeted assistance from the Chancellor. As a result, people may expect the state to step in and help in coming months.

Thus, restraining spending may be hard. Defence spending may also be under pressure to rise. Plus, education spending is low and the government lacks a policy for public sector reform that would improve value for money in spending.

With Chancellors one should watch what they do and not only listen to what they say. This is particularly the case with tax cuts. The Chancellor’s speech made clear he firmly believes in lower taxes.

Yet he seems unwilling to contemplate reversing his imminent tax hikes when he should. Also, he explicitly rejected the idea that tax cuts pay for themselves; the Laffer Curve is not for him.

The problem may be his own department. The Treasury’s inability over decades to get the public finances in shape does not prevent the desire for fiscal prudence superceding economic vision and growth.

As trend growth is low, the official thinking is that the deficit is structural – hence a built-in bias towards both high taxes and fiscal restraint. Yet with growth, debt to GDP can fall gradually, helped by tax cuts.

From the speech one might conclude any tax cuts will be aimed at business, to boost capital spending and research and development, which are low, alongside tax measures to encourage workplace training, also far too low. Such measures would be welcome. Government investment has risen but he wants higher private investment, too.

One pre-condition for growth cited by the Chancellor was sound money. Given we are some way from this, a review of the remit of the Bank of England is long overdue. Fiscal and monetary stability are needed alongside a supply-side agenda.

The essence of the speech was welcome and that is a culture of enterprise is needed. Sensibly, the Chancellor stated that regulation needs to encourage competition and innovation; executing this is the challenge.

He cited regulations in technology, life sciences and financial services. There are opportunities here post Brexit as we can set the remit and act quickly.

The message was regulations and taxes are needed to address capital, people and ideas. Or put another way: tackle low productivity through more investment, better skills and increased innovation.

While a theme for some time, at least now it is being framed in a credible way, where the private sector takes the lead. A market-led pro-growth strategy is long overdue. This speech marks an important step towards it.

This article was published in The Times on 1 March, 2022.