In the wake of the financial crisis, the phrase “economic paradox” was used to describe unfolding events. What was it? The paradox was how could a crisis triggered by low rates, ample liquidity and too much debt be addressed by… lower rates, more liquidity and even more debt?

Now, ten years on, central banks are in the early stages of exiting from their cheap money policies. The US Fed is leading the way, the Bank of England is some way behind, while the European Central Bank and Bank of Japan are still easing, boosting the size of their balance sheets, helping growth and financial markets at the same time. While central banks were keen to synchronise their actions when easing, exit strategies are heavily driven by domestic factors, which vary. Even so, tightening ideally needs to be gradual and predictable.

A clarion call for change

Of course, there were many other issues at play in that financial crisis – not just the economic paradox. I used to say the crisis was caused by Greenspan, Glass-Steagall, Governance and Greed – namely monetary policy, regulatory policy, how banks were run and the incentives and behaviour in the system. But, in terms of overall macro policy, this paradox had a clear point – namely, the need for wider change, not just in some economies to address global imbalances but in the financial sector itself.

But what about debt? A decade on, and the debt overhang remains considerable, not just here in the UK but globally. Since the global financial crisis, total debt in western economies has risen from $145 trillion to $175 trillion, according to the Institute for International Finance (IIF). For economies in the rest of the world this figure has swelled from $21 trillion to $63 trillion.

Admittedly the size of the global economy has continued to rise and this growth, combined with low rates and yields has fed a favourable appetite for debt. Nonetheless, the debt to GDP ratio globally is high, having risen from about 2.3 to around 3 times since the crisis.

The breakdown of this debt between governments, firms and people varies across countries, but the key message is that the global level of debt is still high and still poses challenges for future growth, policy and for markets.

Risks that need to be scrutinised

Debt is one of a number of risks that still needs careful monitoring. During the first few months of this year, attention was focused on other risks, with worries about trade tensions and geopolitics weighing on the markets. The recent half-yearly Financial Stability Report from the IMF identified some other concerns, too, including the danger of a rise in the term premium and financial challenges in China. The latter is a topic we will return to in the future.

The term premium always warrants close attention. It can be observed from the market and is the extra premium that is attached to longer-dated government debt compared to the yield payable on shorter-dated debt in order to encourage people or firms to hold such debt. A feature of the post financial crisis era has been its collapse, and that it has remained low. This is largely because of the move to low inflation, a collapse in inflation expectations and with it, a sustained period of low policy rates across the western world. 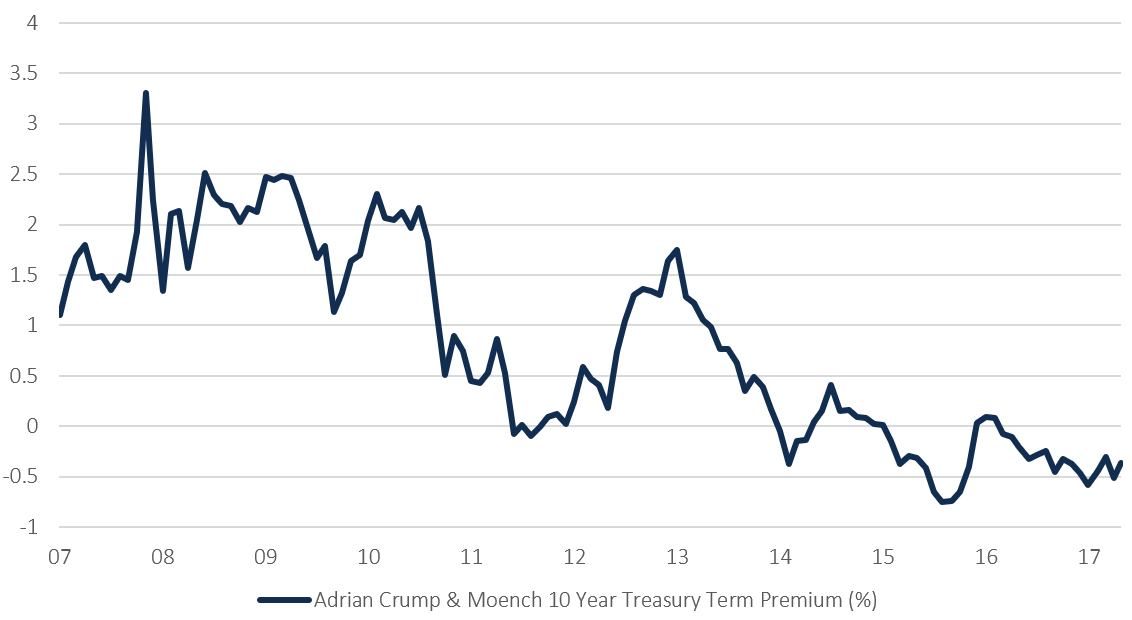 The IMF’s Financial Stability Report alluded to the risk of higher inflation – without saying that it would happen – that could push rates up and increase the premium. Indeed, this is a valid issue to focus on now, for at this junction, one of the important issues is where are we in the economic cycle? After a period of strong global growth, with low inflation, the pick-up in demand and tightening labour markets mean we need to monitor closely potential inflation pressures. Indeed, one such example, oil prices are firm. Moreover, the Fed’s hiking is partially aimed at keeping inflation pressures at bay.

Will they, won’t they? May UK rate hike remains uncertain

Here in the UK, meanwhile, inflation is decelerating and – as we have highlighted – we expect it to fall further as the year progresses. The pass through of the post Brexit Referendum devaluation of the pound has fed through into inflation measures, just as it did when sterling fell sharply after the financial crisis. Now, as then, domestic inflation pressures have remained subdued, allowing headline inflation to decelerate. While we need to be vigilant, as wages are creeping up in the UK, the annual rate of inflation still looks set to fall.

This brings us back to the debt picture. When the Bank of England considers whether to raise interest rates in May – at the time of its next quarterly Inflation Report – it will need to factor into its thinking an analysis of how the economy will cope. Will borrowers be able to bear the strain of higher rates? If rate hikes are gradual then they might. Last week Governor Carney indicated that recent mixed economic data implies that a hike is by no means certain. And after weak growth (albeit weather related) in the first quarter and decelerating inflation, one can understand why there is a case for waiting. That being said, a hike in May still seems more likely than not.

Meanwhile, market attention is also focused on the UK Government debt picture. Here the news is good – as we have been suggesting it would be – and better than the market has been expecting. Steady growth, low rates and yields are helping the UK’s debt dynamics.

This week, data showed that the Government has achieved its first budget surplus on current spending since 2002. Admittedly the Government is still borrowing a sizeable amount – with the budget deficit for the fiscal year 2017-18 reaching £42.6 billion. This is £2.6 billion below the forecast made only last month by the independent Office for Budget Responsibility. Their forecast for this fiscal year is £37.1 billion, but I think the eventual outcome in a year’s time could be far less. Of course, as the year progresses, the Chancellor may come under pressure to spend more, particularly to ease the pressure on some areas such as local authority spending.

So, as we approach the tenth anniversary of the financial crisis in September, part of the market’s attention will be how that macroeconomic paradox unfolds. For now, the markets are hoping that gradual and predictable UK monetary policy tightening will be able to go hand in hand with improving debt dynamics.

If it was my decision, I would be tempted to leave rates on hold in May, as inflation is falling, growth is sluggish and sterling has recently strengthened. I still think a weak pound is good news for the economy. But, despite Governor Carney’s recent comments, a hike is still possible in May and November, as we have previously indicated. The markets can cope with this. Moreover, as the year progresses, the budget deficit will fall further, proving further good news.