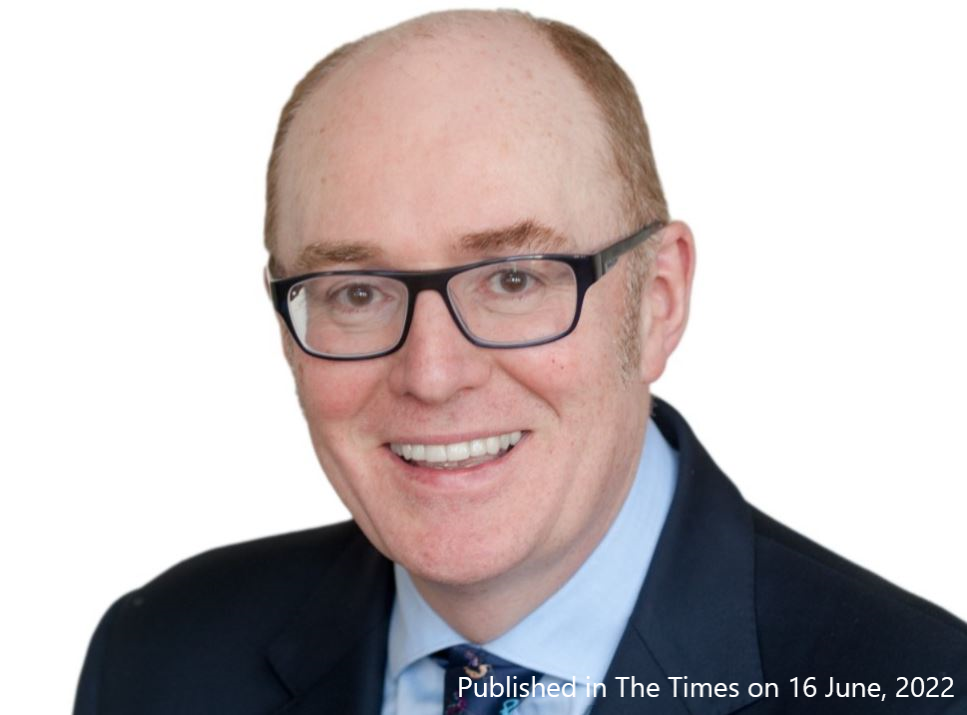 Fiscal policy has a role to play in generating real, sustainable growth

The fundamental challenge facing the economy is the need for stronger, sustainable growth. This is not a new problem and dates from the 2008 global financial crisis. In its wake, the trend rate of economic growth slowed sharply and has never recovered.

The economy also faces two immediate challenges: inflation and the inevitable slowdown, which is already under way.

This mix should offset some of the present downward pressure on sterling. In February I warned about the risk of a sterling crisis. At that time, market concern was that monetary and fiscal policy might become too tight, hitting growth. Hence a weaker pound might be the necessary shock absorber.

Concerns have been exacerbated since then by fears that a tight labour market may signal persistent inflation pressures and by a possible trade dispute with the EU.

This reinforces the need for well communicated and appropriate policy measures. The direction of monetary policy is clear, but it should not be on auto-pilot. Its speed, scale and sequencing must be sensitive to economic performance.

Now fiscal policy is attracting even more attention, largely because of challenges to the Treasury's cautious stance.

There is a tendency to think that as inflation is a problem, then fiscal policy should be tightened, too. This is not appropriate in present conditions, given both the nature of the inflation shock and the fragile state of the economy, with domestic demand already weakening.

Equally, while the Treasury is right to be concerned about the rising cost of debt service, this should not be misinterpreted into forcing an unnecessarily tight fiscal stance now. This is because a significant part of the increase in debt service is explained by the peak in the retail prices index this year affecting accrued spending on index-linked debt. But, as the Office for Budget Responsibility stated in March, "this has little impact on actual cash payments", as it is accrued at the redemption of those bonds and often then rolled over.

Importantly, the public finances are sensitive not only to inflation and interest rates but also to economic growth. The improvement in the budget deficit over the past year is testimony to this.

Crucially, low growth does not imply high taxes. The best plan to reduce the ratio of debt to GDP steadily, over time, is through stronger growth, as we saw after the Second World War.

What, then, should fiscal policy do? The good news is that we have seen three fiscal stimulus packages this year and so necessary policy action is already under way. But more may be needed, funded by borrowing.

Fiscal policy should focus on three areas. I called for timely, temporary and targeted help to those hit hard by the cost-of living crisis. This is now happening.

A second is to offset the impact of temporarily high fuel prices.

Instead of opting for a £400 handout to every household, the government should still cut VAT on domestic energy, lower VAT and taxes on fuel duty and, without undermining green credentials, suspend environmental levies (which are £6.9 billion this fiscal year). These tax cuts are better targeted and would ease pressure on prices, too.

A third is to prevent recession. Here, the imminent increase in national insurance allowances to be in line with those for income tax is positive. Then, once it is clear that inflation has peaked, it should be possible to bring forward the planned income tax cut, perhaps to the autumn budget. Taxes aimed at the supply side should figure, as well, such as making permanent the super-deduction tax break for capital investment and postponing the planned increase in corporation tax.

Mistakes in monetary policy have thrown the government a hospital pass, so fiscal policy has to do more heavy lifting.