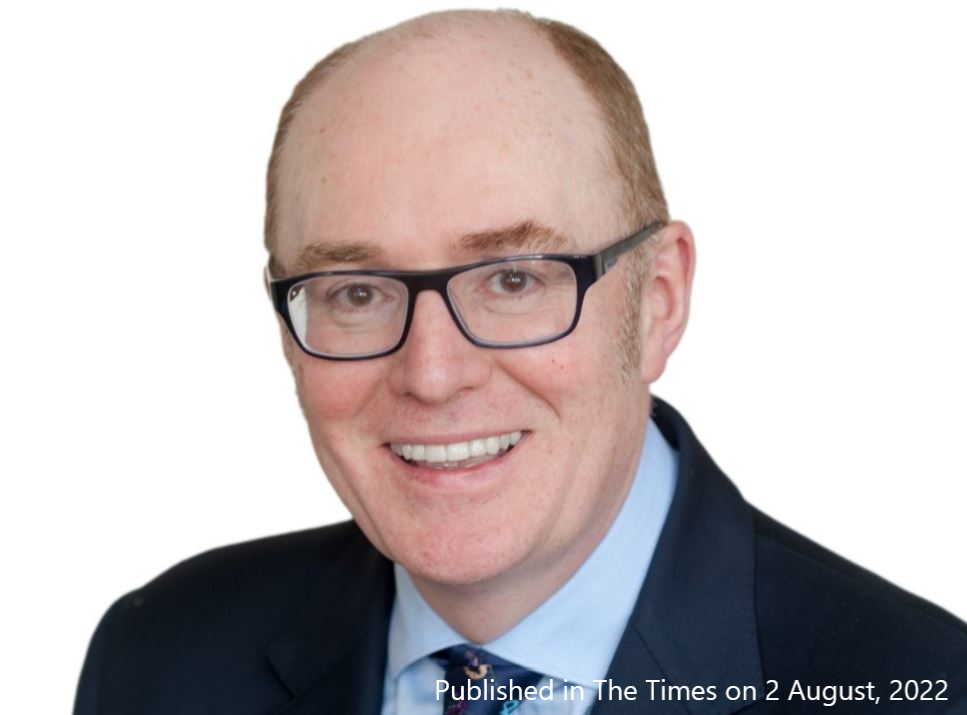 Where should interest rates settle? It is a key economic issue that has figured even in the Conservative Party leadership debates.

Importantly, tax cuts and interest rates are not opposite ends of the same seesaw. Targeted tax cuts do not mean interest rates need to rise any more than they would already. Indeed in May, when he was still chancellor, Rishi Sunak unveiled a £15 billion boost that the Bank of England said would add only 0.1 per cent to inflation over the next year. Hardly inflationary.

That is because this inflation shock has been fed by misjudged monetary policy last year and by factors on the supply side linked to the pandemic and war in Ukraine. It has not been triggered by an overheating domestic economy.

The trouble is we have become accustomed to cheap money. Thus, as rates rise it is unclear how the economy will cope.

After the 2008 global financial crisis, monetary policy became the shock absorber, with rates plummeting to zero. Unfortunately, the Bank of England didn't return policy to normal. That sowed the seeds of problems since. Cheap money fed asset price inflation, including rampant property prices. It led financial markets to not price properly for risk. A misallocation of capital followed. Zombie firms stayed afloat. And it allowed the recent surge in inflation to take hold.

Now policy is tightening. The risk is that two wrongs do not make a right. Last year the Bank was wrong not to hike aggressively when inflation was low and the economy could have coped; the second wrong might be to correct for this by hiking too aggressively now.

One thing we must learn from the past decade is to return policy rates to normal when we have the opportunity. This is key to keeping future inflation in check. The question is: where is normal?

Ahead of the pandemic, at the annual gathering of central bankers at Jackson Hole, Wyoming, it was felt r-star had converged to around zero in western economies, including Britain and the United States. That would mean policy rates of about 2 per cent. If the base rate is below r-star, then policy is accommodative.

It is important to emphasise that r-star is not seen by central bankers as guiding near-term policy, but they certainly see it as indicative of where rates can settle. This is a worry, as an ageing population and low productivity contribute to r-star staying low. Over recent decades the trend for r-star has been down.

In a recent speech the governor of the Bank talked of how this, "the long-run anchor for UK equilibrium interest rates, will remain low". This should concern us, given the distortions caused by low policy rates over the past decade.

The markets expect interest rates to peak at about 2.8 per cent next May, compared with 1.25 per cent now. This would be a significant tightening, given present economic conditions, but it would still leave rates way below inflation.

Perhaps r-star cannot be the future guide. Groupthink needs to be avoided. Learning from previous policy mistakes suggests that whenever the economy stabilises, rates may have to settle even higher for future monetary and financial stability.

This article was published in The Times on 2 August, 2022.