How the UK can Plug the Productivity Gap

Addressing the UK’s low productivity is more important than ever and whilst there is no magical solution to the problem, we can make improvements, says Gerard Lyons.

Productivity helps determine a country's long-term performance. It measures output per person or per hour worked.

The UK economy has low productivity. This is not a new problem. Ahead of the financial crisis the UK was closing the productivity gap that existed with major competitors such as the US. Since the crisis, though, all western economies have suffered. 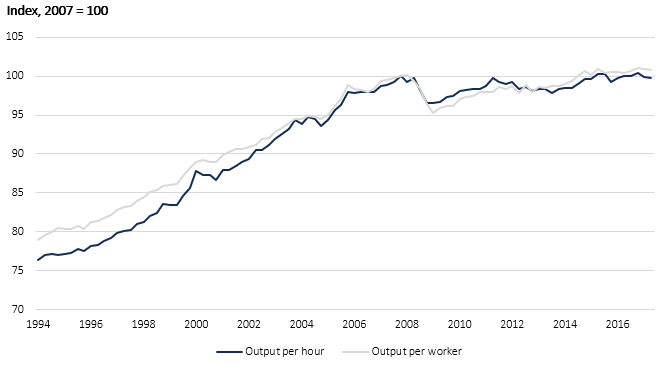 
The UK has a productivity gap across regions, within regions, and within sectors too. Moreover, diffusion of productivity gains is low. That is, the benefits enjoyed by high productive firms or areas are not always shared more widely.

Last week I spoke alongside the Chancellor, Philip Hammond, at the launch of an excellent report on productivity by the Centre for Social Justice. That report made 51 recommendations, highlighting there is no magical solution to low UK productivity. Instead, marginal improvements can make a difference.

In my view, we can make progress by focusing on the four "I's" of incentives, investment, inclusivity and infrastructure.

Incentives matter, particularly to attract big firms to clusters, where similar firms in a sector can be based. Boosting local competitive advantage is key to building the clusters of economic power that help drive productivity growth.

The second 'i' is investment: the UK has invested too little in physical and human capital, including skills and on the job training. This reinforces the need for more innovation and investment in technology. 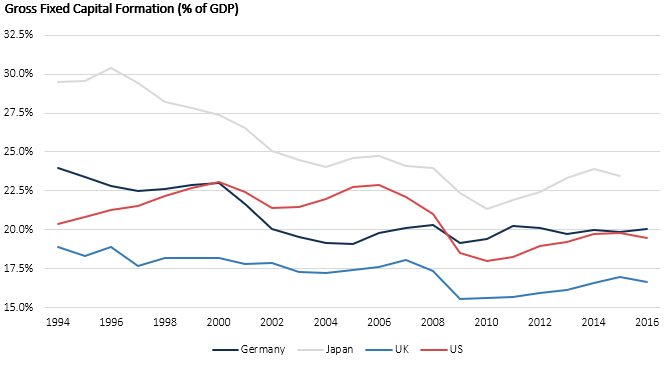 
Inclusive productivity growth matters, to spread the gains. The UK has a large number of low productive sectors, five of which account for one-third of UK output and half of jobs. Also, inclusive relates to addressing the large regional variation, including the huge gap in productivity between London and other cities.

We need to spend more, and sensibly, on infrastructure, led by the government and ideally by attracting long-term private sector savings.

The UK can compete on price or quality, but if we focus solely on price, someone, somewhere will do it cheaper. Productivity matters as we need to compete on quality. With a new global industrial revolution already underway it matters now, more than ever.