Me, My Money and I: The Growing Financial Autonomy of UK Women

Women are becoming wealthier, and taking increased control of their wealth. Among the findings of a new Netwealth report is the discovery that nearly a third of UK women (29%), who are currently in or have been in a relationship, do not share any financial assets with their partner. This highlights a growing trend of financial autonomy among women as they look to accumulate, manage and preserve their wealth.1


Me, my money and I: the growing financial autonomy of UK women – which you can read in full here - details how a desire for greater financial independence and control is driving behavioural change among women. This drive is occurring as they look to take more ownership of their personal wealth against a backdrop of social change including rising female salaries, marrying later in life and high divorce rates.

Younger women are displaying the highest levels of financial autonomy. Those aged 16-34 are the least likely age group to share their personal financial assets (31%) with their respective partners, compared to 26% of those aged 55+.

Almost half (45%) of women holding wealth separately from their partners are doing so to maintain financial independence. Two fifths (40%) of women prefer to manage their money as they wish, while 15% of women do not believe their partner is entitled to their assets.

With the average UK woman now marrying at the age of 352, most likely following several years of earning their own salary and managing this independently, it is understandable that fewer women are willing to cede control of their finances.

The desire to maintain financial control and independence is found to be more important among UK women, with fewer men citing these factors as motivations behind their decision to hold personal assets independently.


The perceived need to establish a financial safety net in the event of a split is particularly high among younger generations of women. With two in five (42%) marriages now ending in divorce3, the trend suggests a more pragmatic approach to the management of household wealth, with 25% of UK women aged 16-34 keeping their assets separate for security, compared to just 15% of women aged 55+. 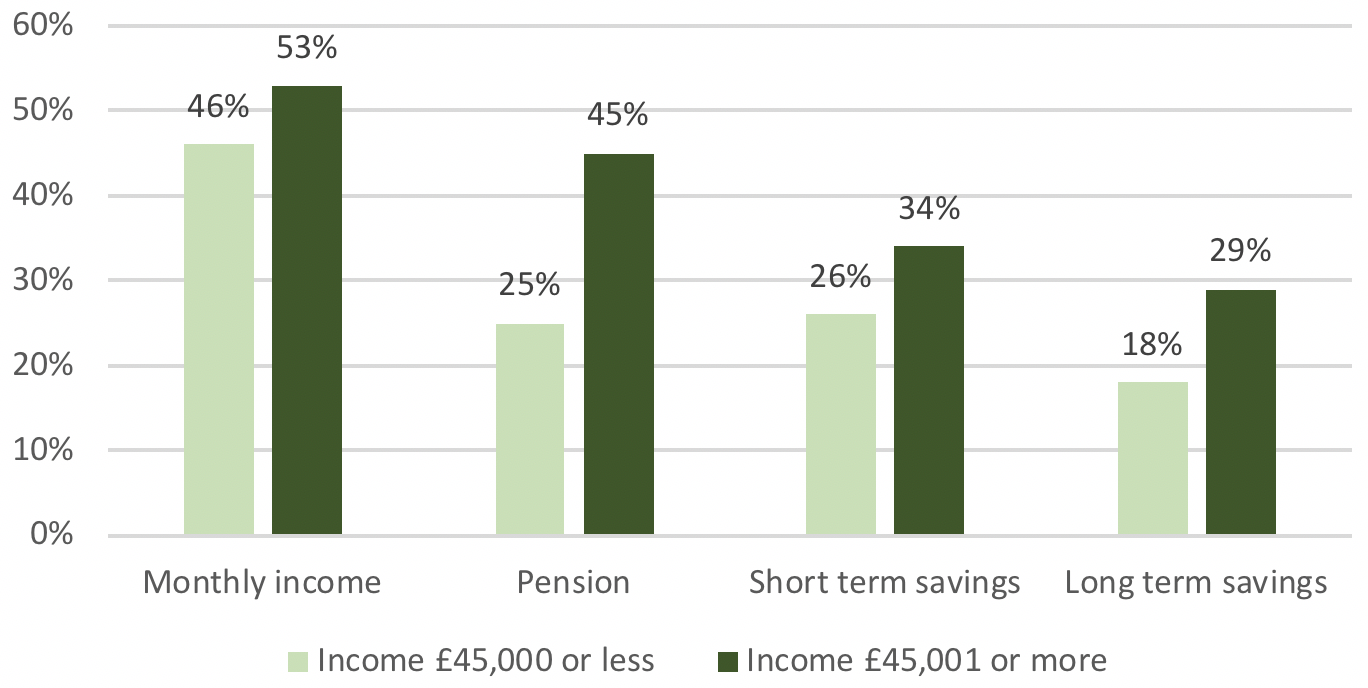 This trend indicates that as women’s financial firepower increases, there is a greater sense of ownership of these assets, and a further decline in adopting a joint approach to their financial management. Women are also finding services that are in tune with their specific needs, as this video shows.

"Investing is a crucial area of personal finance that is often still perceived to be a 'man’s game'." says Netwealth's CEO Charlotte Ransom. "By failing to participate, women are crucially missing out on the opportunity to grow their investments year on year to help close the wealth gap."

"The industry needs to work harder to recognise the financial power of women. Together we must develop improved services that enable female clients to retain a real sense of ownership and control over their wealth."

Please remember that when investing your capital is at risk.
Our advisers offer restricted advice that relates to Netwealth’s products and services and does not consider the whole market. Netwealth does not provide tax or legal advice.