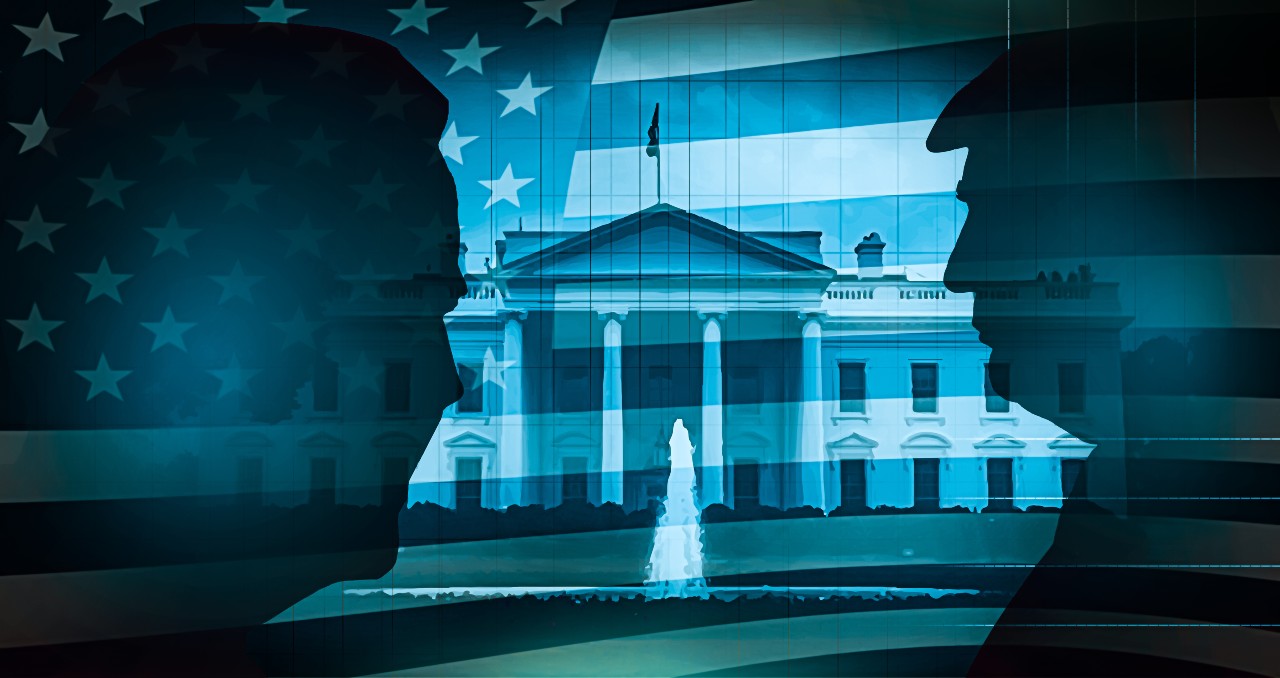 What could the US election mean for investors?

Even when the participants are relatively civil US election campaigns can be beset by tension and animosity. These attributes are unsurprisingly amplified for the 2020 run in, but will the outcome mean an elevated level of pain or gain for your investments?

A referendum on facts?

On 3 November American voters will go to the polls to decide who should lead them (or lead them astray) over the next four years. Most pollsters have decided that the outcome is likely to be a Democrat win. At the time of writing, Nate Silver, a leading analyst across local and national polls estimates that Joe Biden has an 88% chance of winning, and notes that victory is significantly beyond any normal polling error.

But polls often only offer insight into election results shortly before the election, and even then they were clearly wrong in 2016.

While the race is a hot mess of partisan friction, the election is purportedly a referendum on facts. Although what version of the facts onlookers choose to believe is also up for contentious debate: Republicans are most commonly feted as the party of business, but data is at best inconclusive over whether stock markets perform better under Republican or Democrat leadership.

Analysis shows that while there have been a higher percentage of positive years under Republicans (67% vs 63%), the average and median annualised returns have favoured Democrats (mean returns of 7.5%pa vs 5.2%pa).

US Equities: S&P 500 Index returns in different political environments since 1871

Probably the clearest conclusion from the above table is that the years after US elections offer lower returns than the normal, with a mean annual return of 4.3% compared to 6.2% in the years of elections – and indeed across the whole period. 2020 has been an exceptional year in many ways, but perhaps the distinctly ordinary year to date return of 8.2% (S&P 500 total return, as of 20 October) will prove a high hurdle to beat in 2021.

The expectation is that the ‘centrist’ figure of Joe Biden, while unlikely to rock corporate America’s boat too much, could initiate business and some personal tax increases and tougher regulations on areas that affect climate change. Government as a whole will be bigger, with a bigger tax take and greater levels of spending – reversing some of the moves of the Trump administration.

The impact on the economy and markets – good or bad – is speculative, but there are likely to be winners and losers. Some have wondered whether a clear Biden win (a ‘sweep’ of the White House and both parts of Congress) would see a shift further to the left. Policy would likely veer towards greater still federal spending, boosting growth in the short term but with potentially inflationary consequences impacting a bond market already questioning the level of stimulus initiated to battle the ongoing fallout from the pandemic.

How we prepare for different outcomes

Whether Trump is re-elected or Biden supporters are enraged and engaged enough into actually voting for the challenger, the true impact of the result will be hard to see for a while. Markets certainly appear very relaxed, focusing more on the likelihood of the current cohort of politicians signing off the stimulus bill which could deliver a package worth up to $2 trillion ahead of polling day. Perhaps for that reason itself, investors should expect some potential short-term market fluctuations once the result is known.

Only when policies become clear and other factors unfold over time (such as company profitability, consumer confidence) will the effect on investment markets become evident. An open question for investors in the consumer technology behemoths will be the anticipated moves towards anti-trust legislation from a Democrat administration. This could be the catalyst for a change in market leadership towards some of the sectors which have been out of favour.

Of course, the worst short-term outcome for markets would typically be a contested result or a chaotic transfer of power. We can’t ignore these potential upheavals, especially as the high proportion of postal voters could delay the result. Nor should we ignore the ongoing challenge of high valuations across many parts of the market. Our approach, as ever, is to ensure that we have sufficient different drivers of returns in portfolios so that any particular outcome should not be make or break for portfolios.

It’s best not to guess

The most recent political cycle has emphasised how difficult it can be to anticipate electoral winners – and even harder to calculate the short- and longer-term market responses to the result. We always urge investors to stay out of the prediction game, and instead focus on the facts we can assert with relative confidence: that markets have a habit of rewarding investors over time and it is almost impossible to repeatedly time the peaks and troughs to your advantage.

So for investors who are already winded by the October surprises, we can’t rule out another buffeting in November – but you can be somewhat prepared for it, and be ready to manage the consequences.

Please note, the value of your investments can go down as well as up